At GW Libraries, we collect the tweets of roughly 3000 U.S. government agencies using Social Feed Manager. This originated with our involvement in the End of Term project, a collaborative effort to capture the web presence of the federal government at the end of each presidential term. However, given the affordances of Twitter (viz., the ability to collect historical tweets is extremely limited), we decided to continue collecting the tweets on an ongoing basis.

When collecting a large number of Twitter accounts, the list of accounts requires occasional maintenance, as sometimes Twitter accounts are deleted or protected. It’s understandable how U.S. government accounts would be expected to change over time as agencies and initiatives change. However, when I was doing maintenance earlier today, I noticed something odd: a number of the accounts were suspended, not deleted or protected.

Curious, I exported the tweets from some of the suspended accounts. Really odd – the tweets were in Russian.

Whether for access to emergency, financial or education public services, users need to trust they are engaging with official U.S. government digital accounts.

The U.S. Digital Registry serves as the authoritative resource for agencies, citizens and developers to confirm the official status of social media and public-facing collaboration accounts, mobile apps and mobile websites, and help prevent exploitation from unofficial sources, phishing scams or malicious entities.

Time for a bit of sleuthing. I downloaded and cleaned up the list of Twitter accounts from the U.S. Digital Registry and then called the GET users/show method from Twitter’s API. If the call returns an HTTP status code of 403 (Forbidden) then the account is suspended. Here are the suspended accounts that I found:

The last tweet I have for this account was January 20, but from our records it appears to have been suspended around November 1. 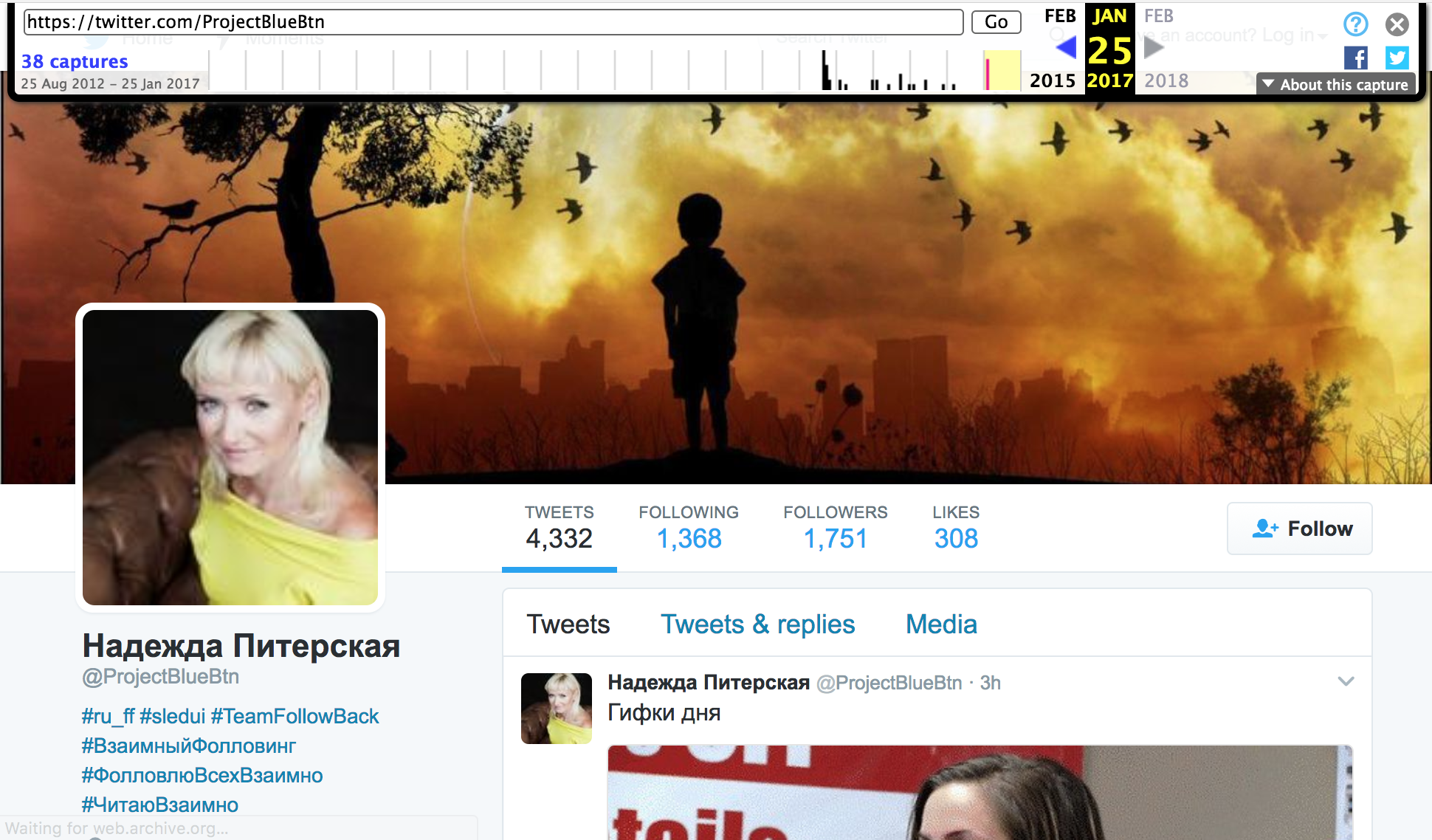 In fact, the web page for SDO Outreach still has a widget to display the Twitter feed of the now suspended account.

Here are my guesses as what is going on:

This all begs further investigation, or at least more than I can give it on a Saturday evening. In addition to looking more closely at the accounts listed above, it would be worth scrutinizing the complete U.S. Digital Registry Twitter list for other screen names that have been taken over, but not yet detected and suspended by Twitter.

Still, there are some immediate take-aways: