Vulnerabilities in the U.S. Digital Registry, Twitter, and the Internet Archive 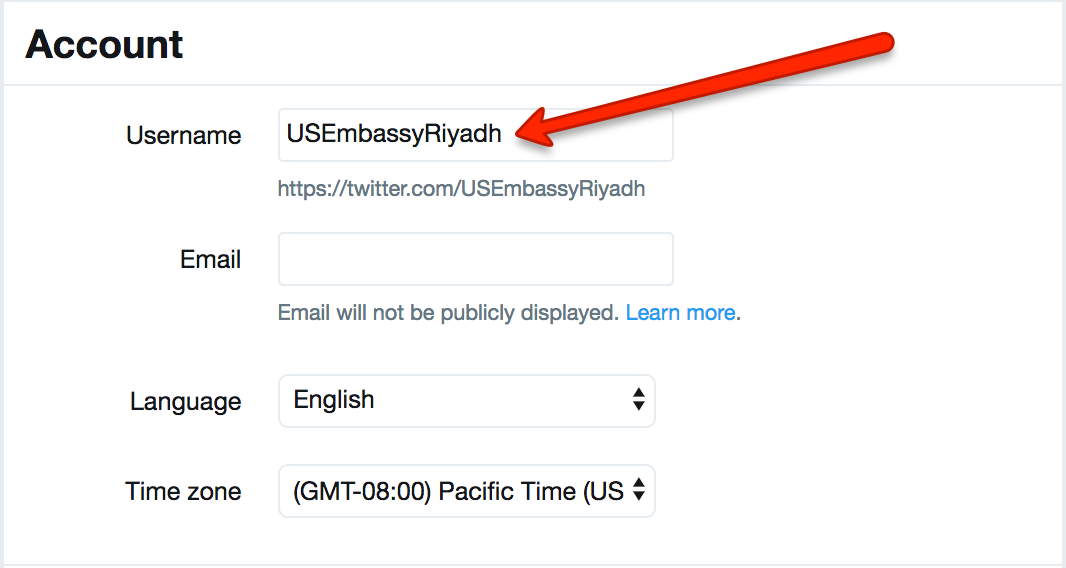 Again, @USEmbassyRiyadh is listed by the U.S. Digital Registry as an official government account:

Clicking on this link goes to https://twitter.com/USEmbassyRiyadh.

To make my imposter account convincing it had to look like the previous, deleted, official account. For this, I turned to the Internet Archive, which has numerous captures of the account. Here’s the capture from December 15, 2016: 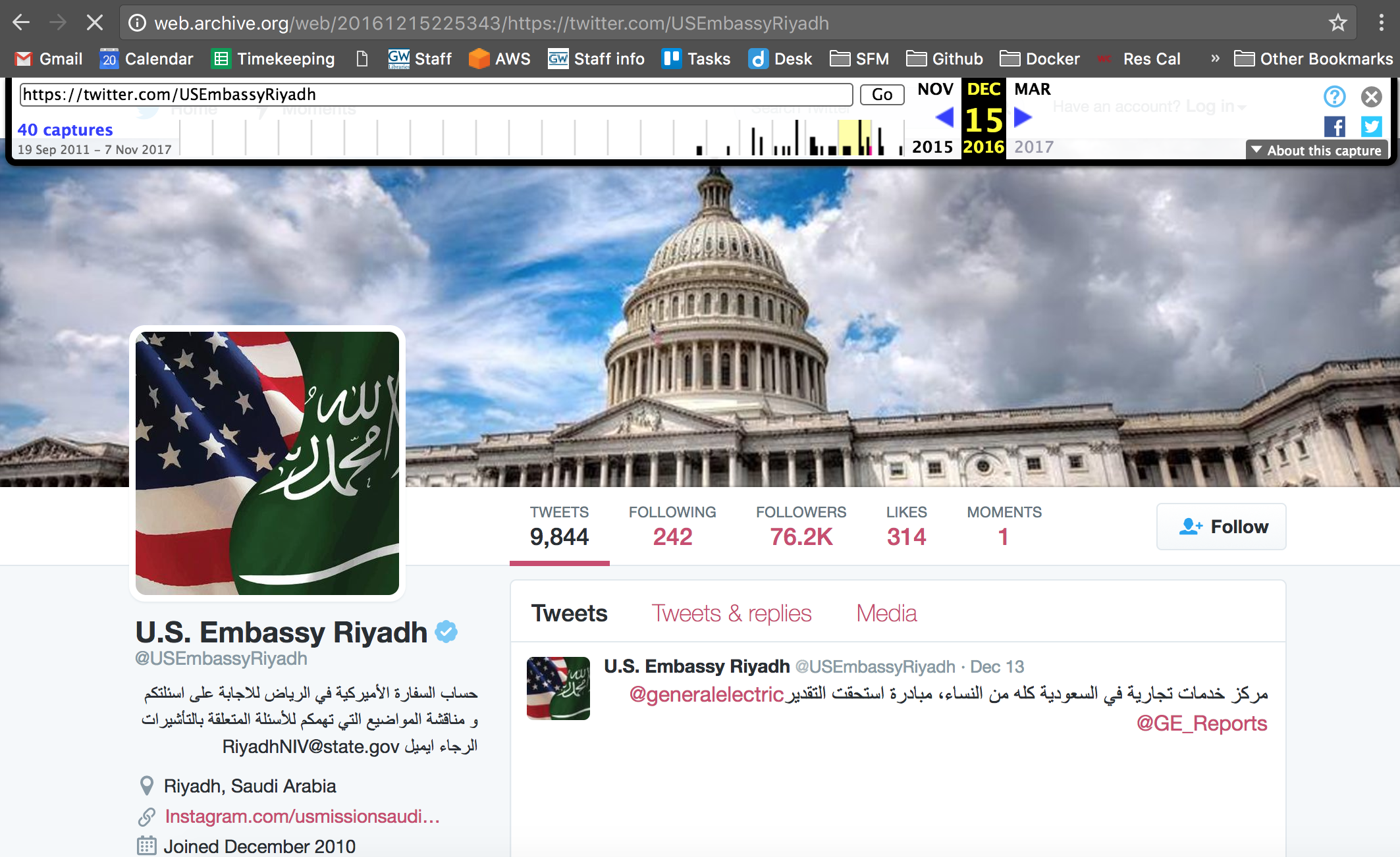 There are some aspects of the official account that I could have duplicated such as the tweets, following, followers, likes, and moments (which would have taken some work). Duplicating the verified status and the Twitter join date would be more problematic.

And then I tweeted as the @USEmbassyRiyadh. Here’s the fake account: 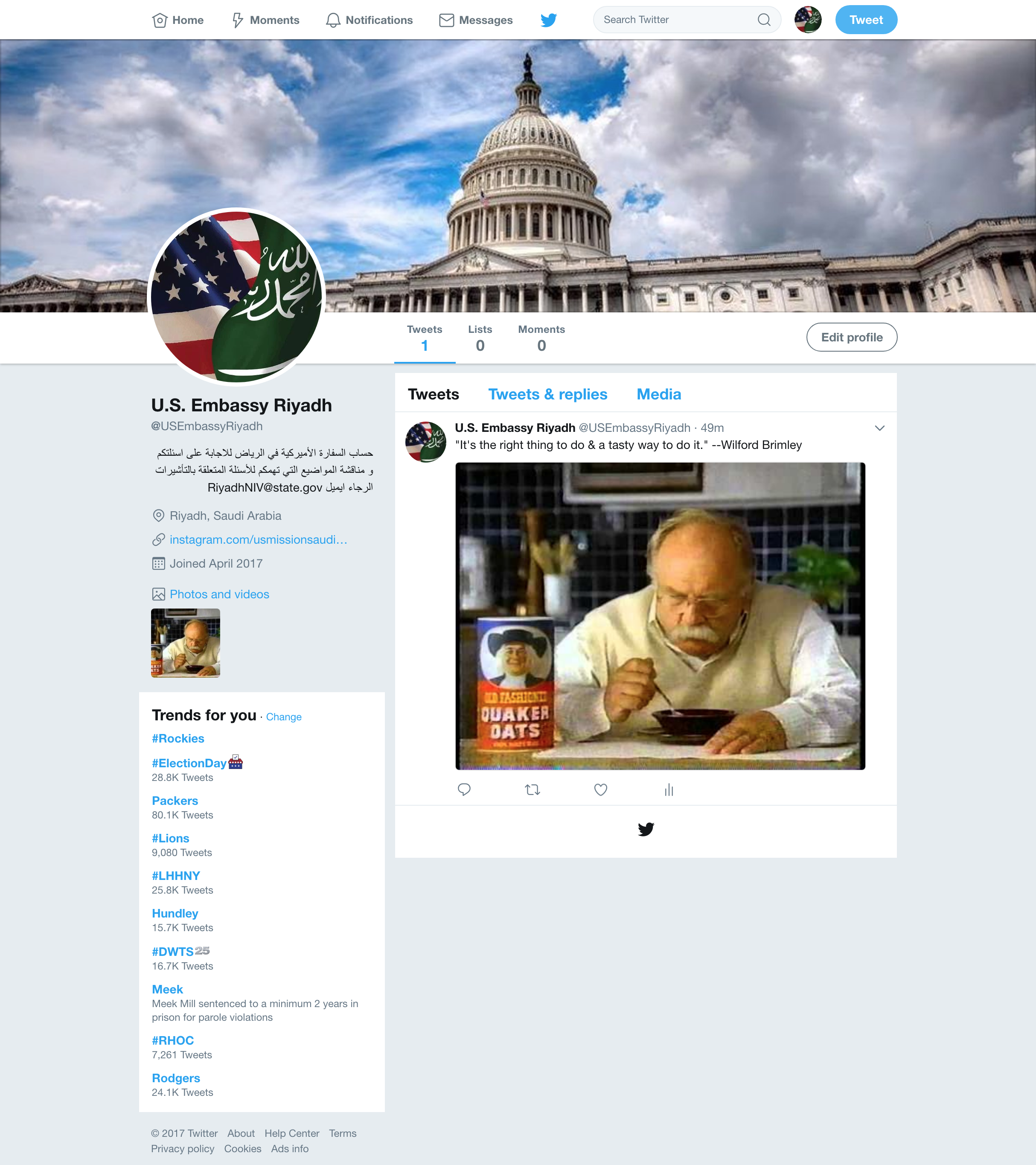 The final step was to add the imposter page to the Internet Archive. For this, I used Internet Archive’s “Save Page Now” function to request that http://twitter.com/USEmbassyRiyadh be saved. 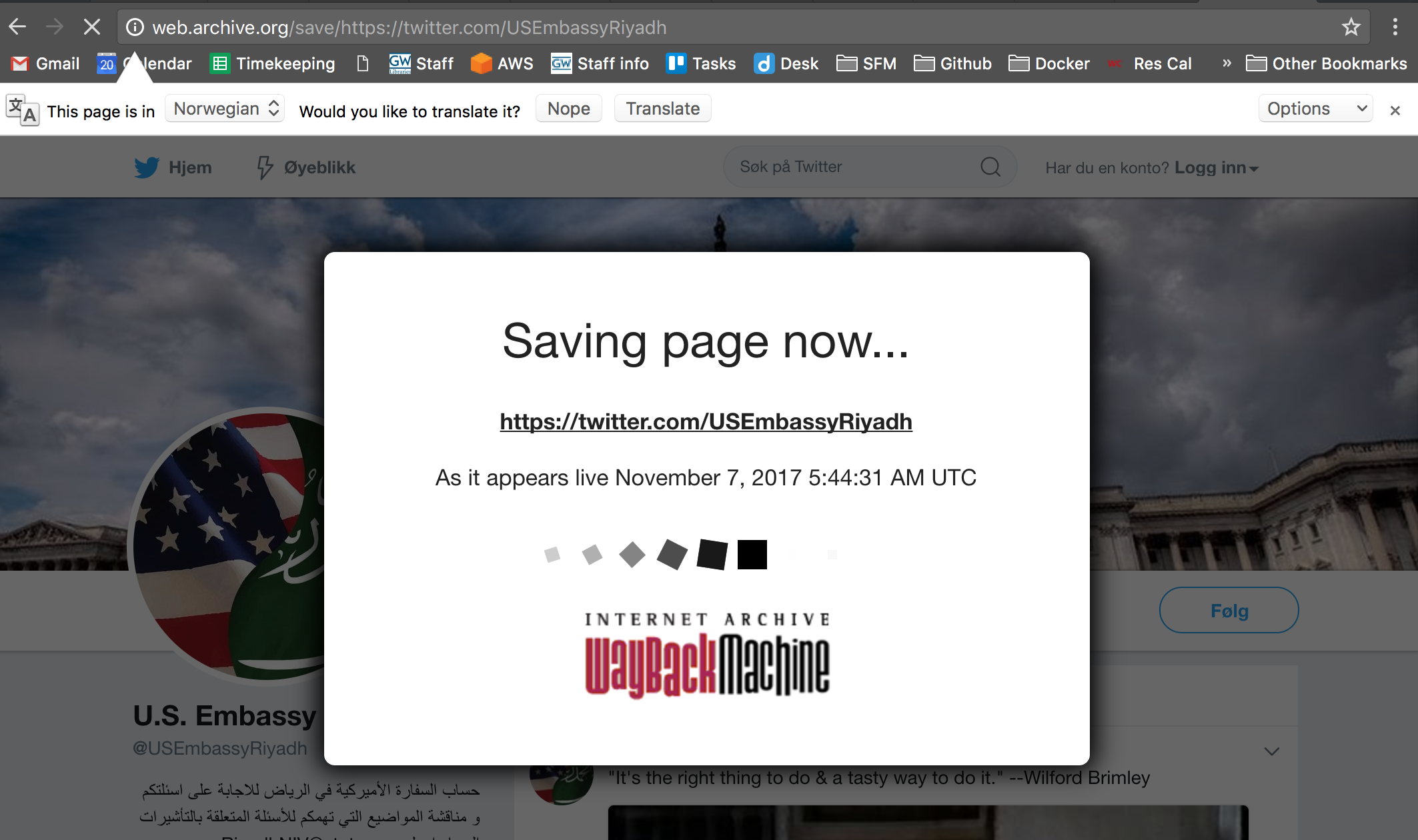 And here’s the captured page: 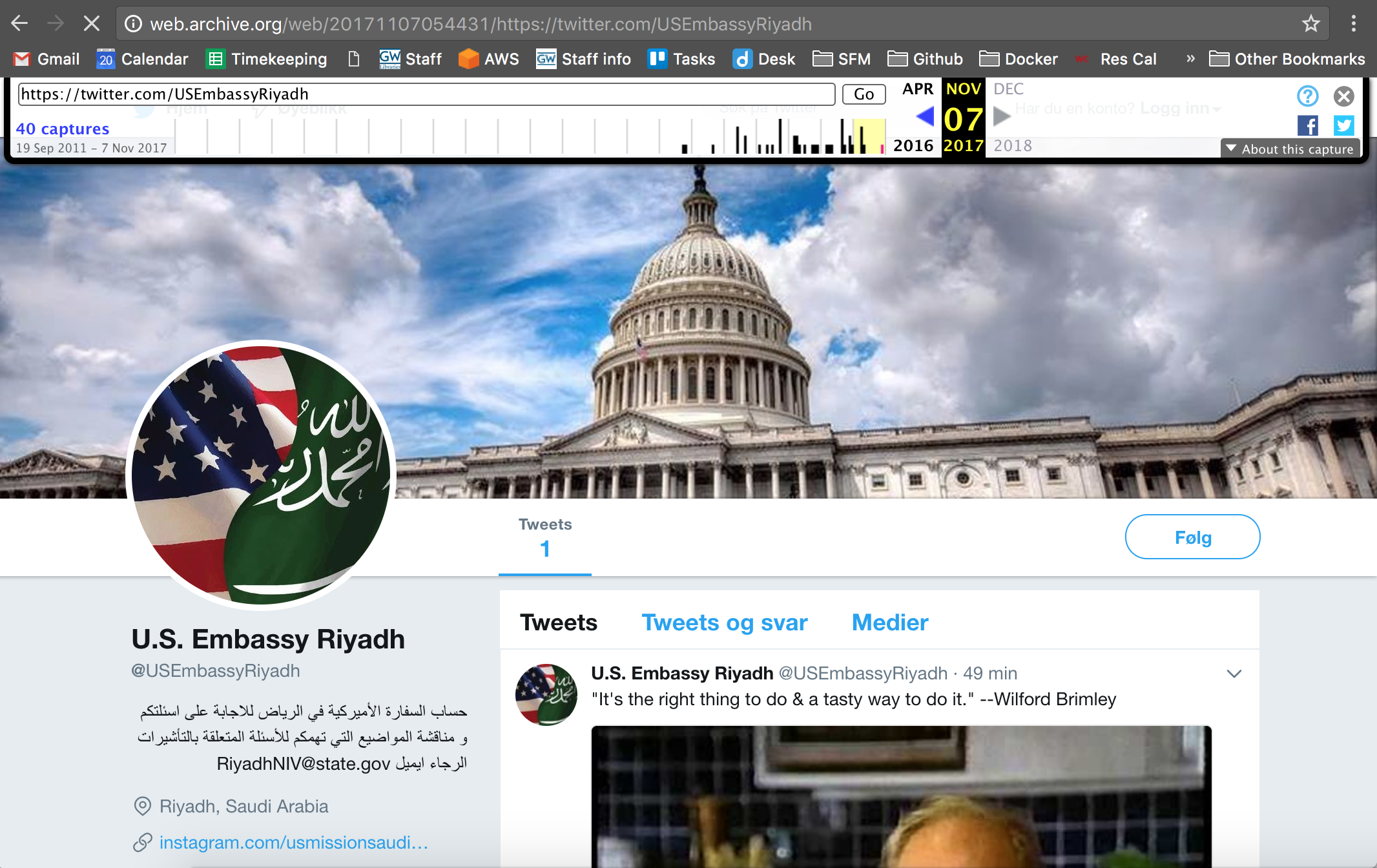 (No, I don’t know why the Internet Archive captures Twitter pages using different languages, in this case, Norwegian.)

Since the imposter account and the official, deleted account have the same URL the captures are displayed together in the Internet Archive’s Wayback Machine.

Without close scrutiny, it is not evident that the most recent capture is fake. (This “attack” was inspired by Lerner, Kohno, and Roesner’s “Rewriting History: Changing the Archived Web from the Present”).

While I have to admit a tad bit of ethical queasiness about this exercise, I felt it was justified to demonstrate that a Twitter account that is allegedly representative of the U.S. government can be faked and then recorded in the best historical record of web history that we have. I would suggest that the implications for our trust in official information from the U.S. government, Twitter as a communications platform, and the Internet Archive as the historical record are significant.

I repeat my suggestions from the previous post and add some additional: